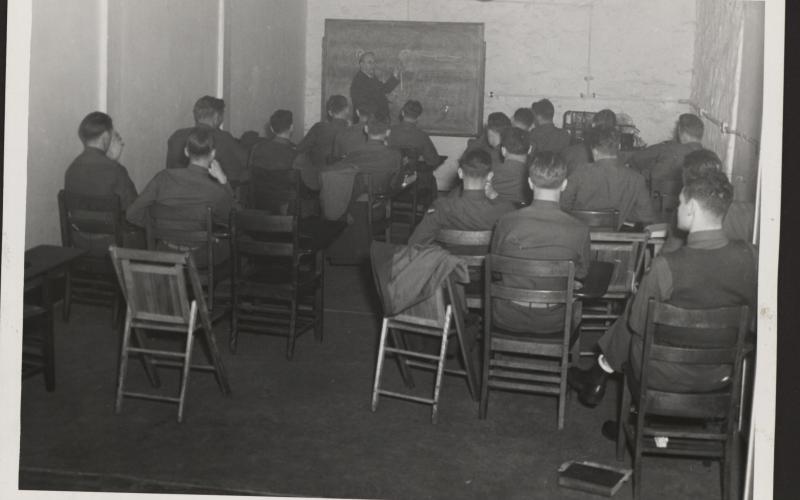 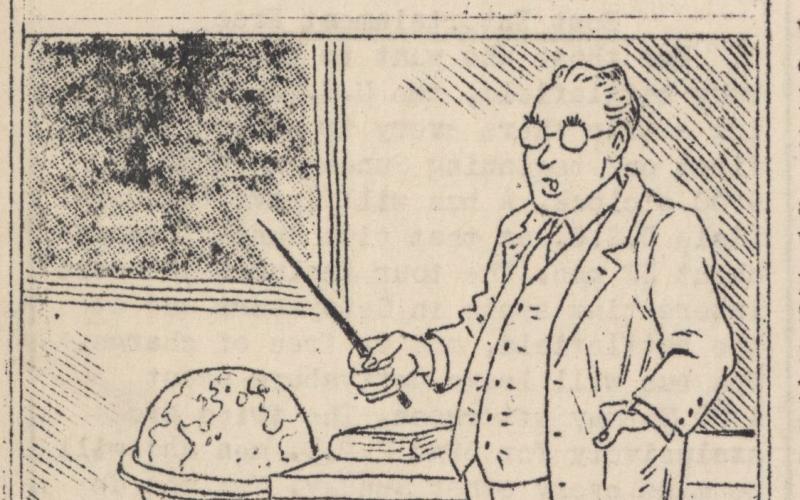 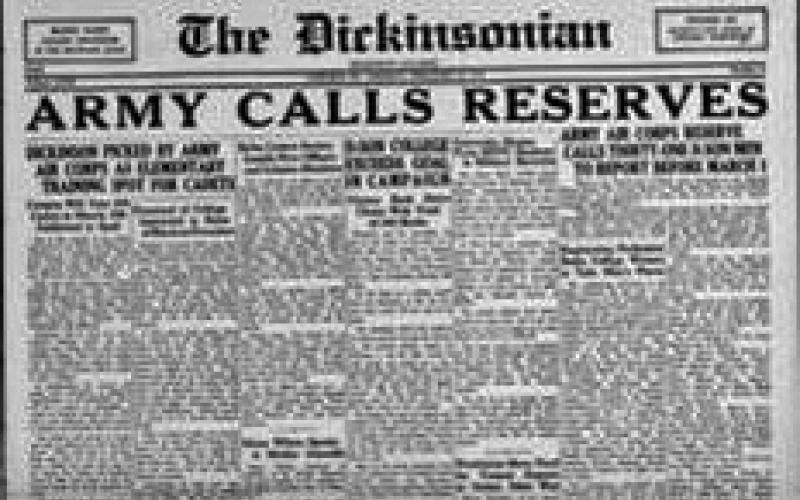 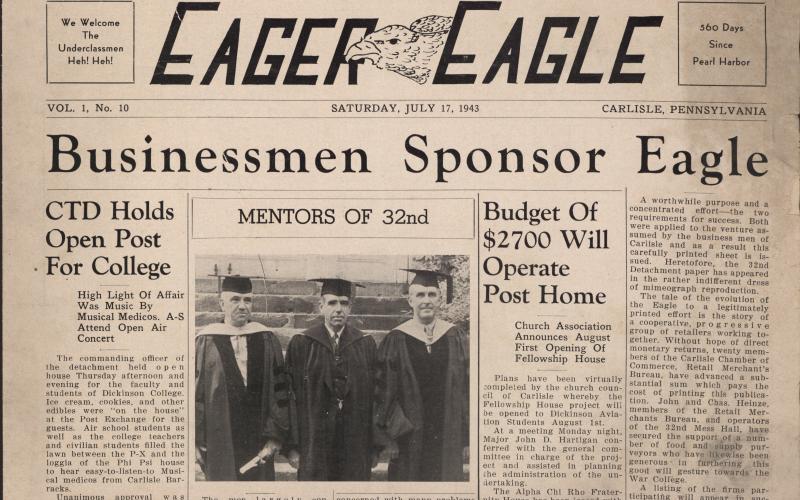 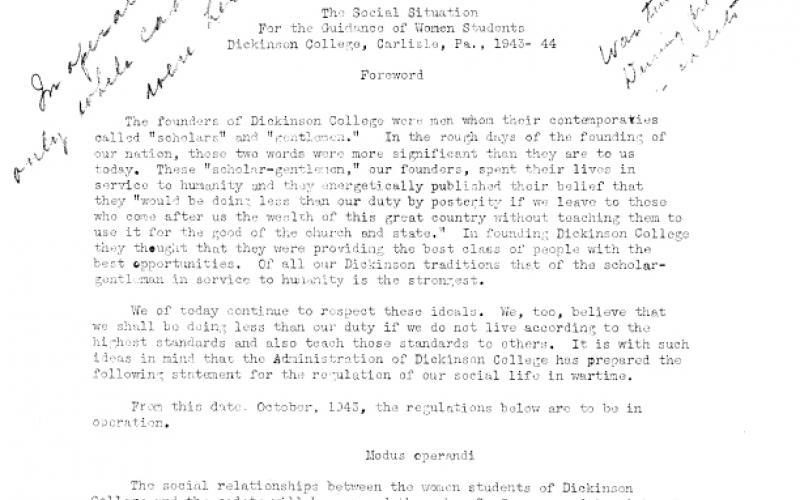 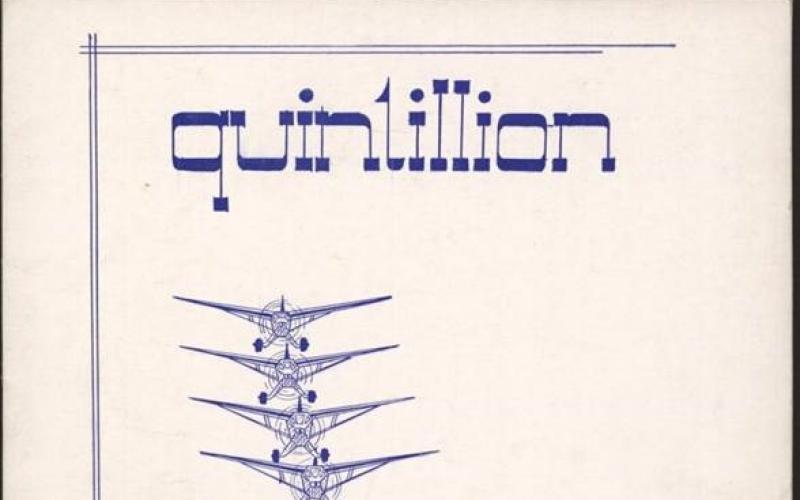 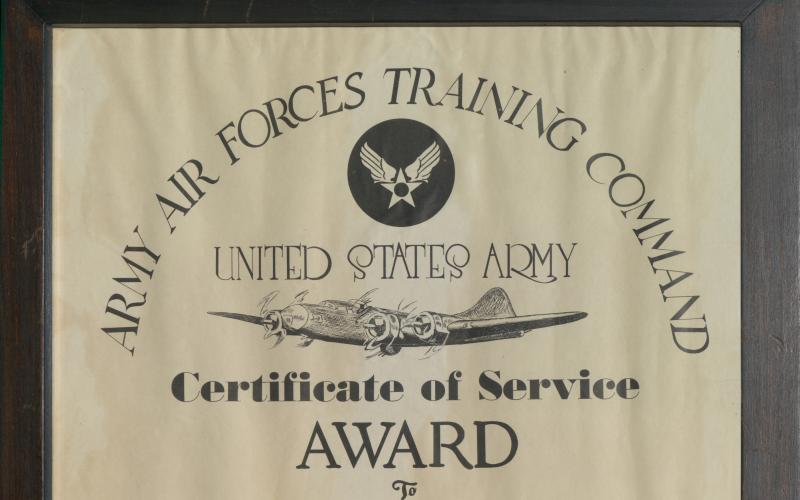 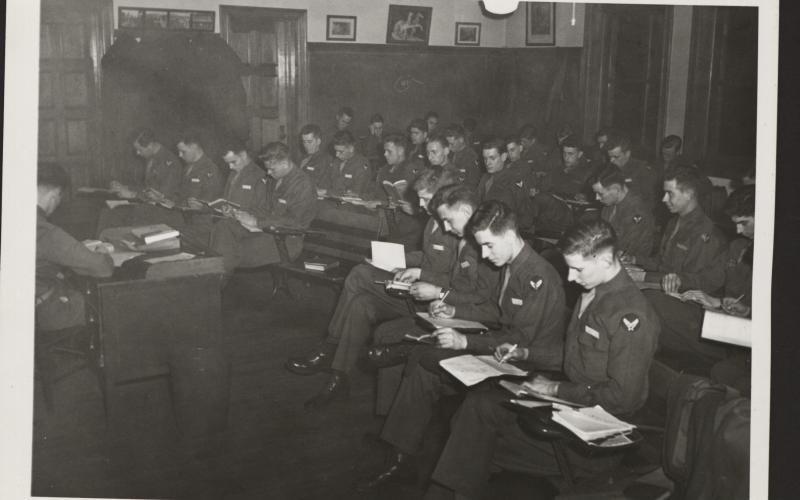 “The invasion of Dickinson has been successfully accomplished,” declared the Dickinsonian in April of 1943. The 32nd College Training Detachment Air Cadet Program, a program for training airmen for WWII,had arrived on campus. Dickinson was one of 281 small liberal arts colleges that were chosen to house Army Air Cadets for training. This military program was five months long, and the cadets were expected to participate in several hours of both school work and military training. Courses given to the cadets included History, English, Math, Physics, Geography, Medical Aid, and Civil Air Regulations, and, before they were allowed to graduate, ten hours of logged flight time. They also participated in daily physical training activities. The presence of the Air Cadets was felt on the entire campus and a divide was clearly established the moment they set foot on the grounds. The Federal Government cut the Dickinson program May 1944, and the cadet system was shifted to Southern State Schools, which had better flying weather. This site explores their time on campus--their living conditions, their newspapers, their program of study, and the dating service the college established to manage their relationships with the students--giving an unusual window into the homefront.