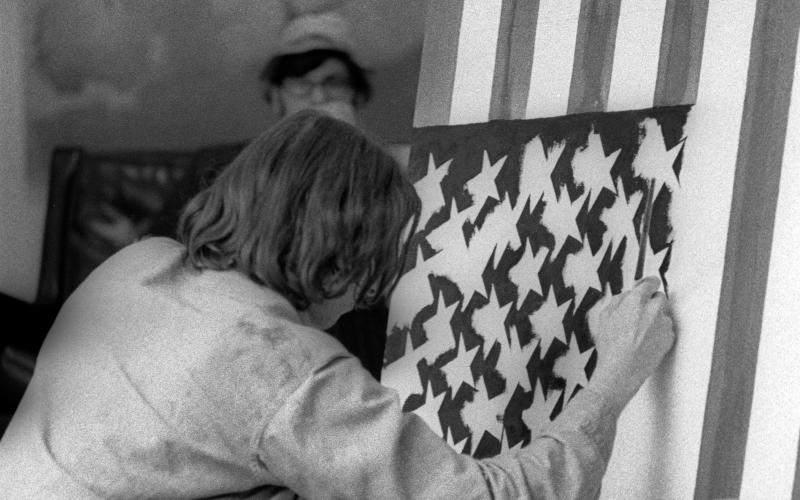 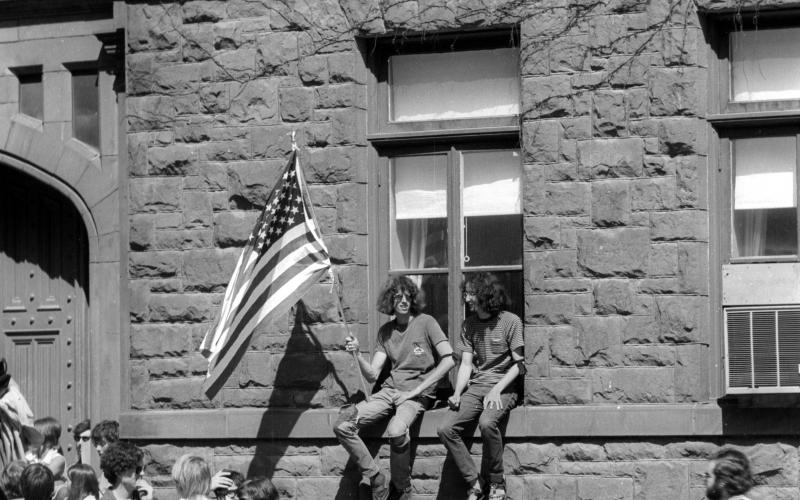 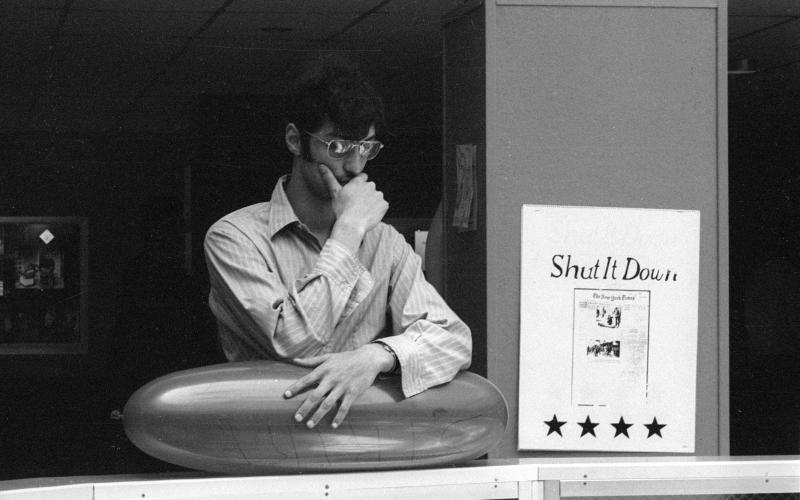 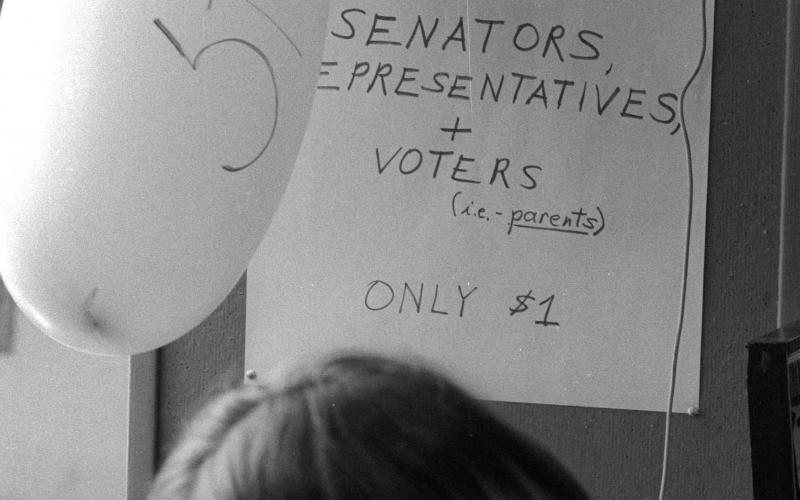 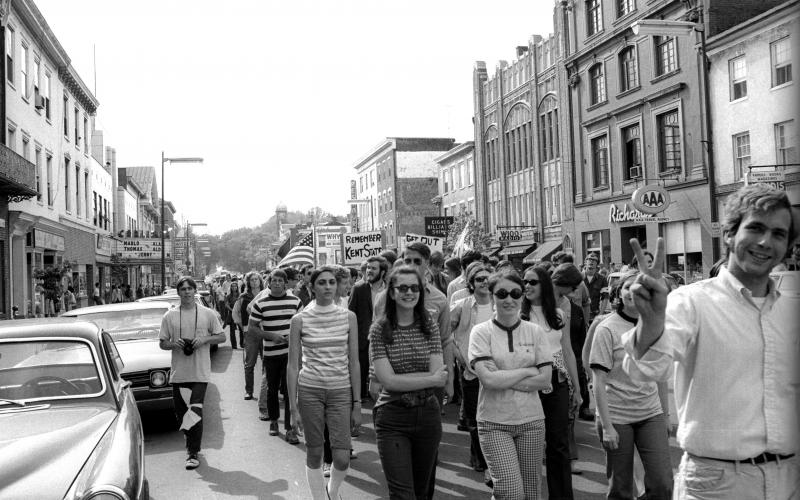 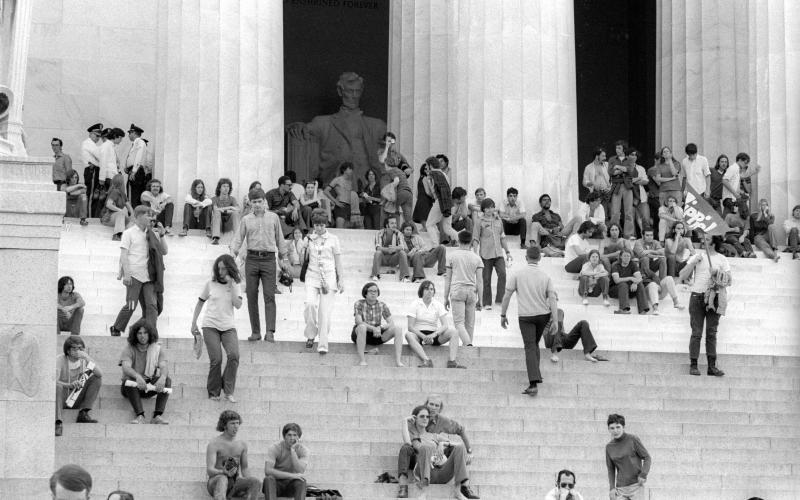 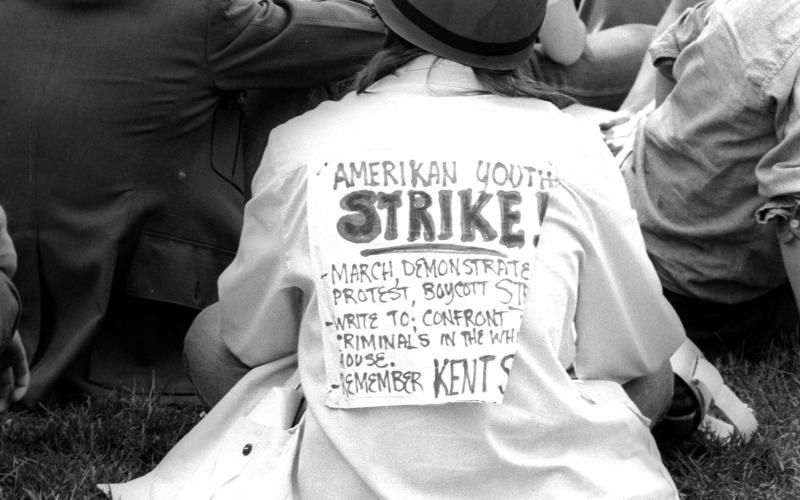 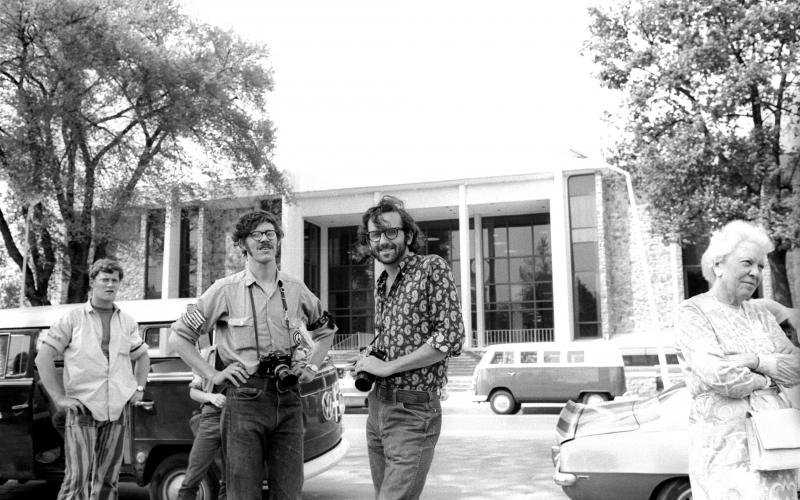 The May Crisis: Voices of Protest at Dickinson College in 1970

“It was a great all-purpose march, against the military, against Kent State, against the government, against anything or anyone for whom an individual held grievances.  That was why the effort of the march proved so successful, one was able to march for any one of a number of reasons and still feel a part of the entire strike movement.”

More than one thousand students marched on the War College on May 8, 1970. Arm in arm and shouting in unison, the protesters are captured on film in compelling moments of unity, looking around in excitement and flashing peace signs at the cameras. Yet the May Crisis at Dickinson College did not begin so harmoniously, despite its photogenic conclusions. By exploring the development of this unprecedented activist spirit, one reveals the truly contentious nature of the movement.

Five days before Dickinson students paraded down High Street, it would have been difficult to predict such a unified action from the young movement. As one thousand emotional students crowded into the Holland Union Building that previous Monday, individuals from diverse political backgrounds jockeyed for a voice in a meeting largely remembered as chaotic and unproductive. It was evident that while the events at Kent State had had a significant energizing effect on campus, major divisions remained. Students fell on a wide spectrum of political thought, and each seemed to have a different idea of what a reaction should look like. Students could not even agree what to call this phenomenon of rising political will: student publications dubbed it a “crisis,” while others chose “unrest,” “conflict” or “disruption.” These differences became an organizational nightmare: What were the students protesting for? What forms would these actions taken? And what could these events hope to achieve?  With so little to unite them on Monday night, many students wondered how their movement could pull off any kind of action at all.

In some cases, unity was preserved through the exclusion of specific dissenting groups. Missing are the conservative students, a minority on campus who supported the Vietnam War and thus were excluded from much of the movement. Notably, the African-American students found the strike problematic and voluntarily withdrew from the events on campus. Led by Ken Woodard, Black Dickinsonians saw the hyper focus on the death of white students as symptomatic of a white supremacist majority, and characterized the movement as part of the racist status quo. Along with the more politically inactive students, the marginalization of these demographics is a crucial part of the retelling as well.

Yet while these exceptions remain, the mobilization of a thousand student protesters on a campus largely described as “politically apathetic” is still worth note. Why was the incident at Kent State so influential? Perhaps its power lay in its relevance: Dickinson students saw themselves in the headlines. After all, the students at Kent State could have easily been them. Confronting this vulnerability translated into a sense of duty to act. As the students inherited a movement still in its adolescence, they too struggled with the growing pains of finding their role in a society that often muted the voices of younger generations. The story of the Vietnam War, of draft and of protest, was uniquely theirs – the ownership of this issue is perhaps one useful interpretation of a sudden upswing in political interest.

Despite their different visions of what a protest might look like or stand for, the students did not allow their movement to be paralyzed by these distinctions. Perhaps because of their sense of obligation, the movement survived to see a unified, meaningful conclusion. As we take apart the memories of this movement, it is important to remember that the students viewed this crisis as historic and their actions as consequential: "What we have done today will echo through the waves of time,” declared one activist. What would you do if you believed it was your duty to act? How might you behave if you envisioned yourself being written into the history books?