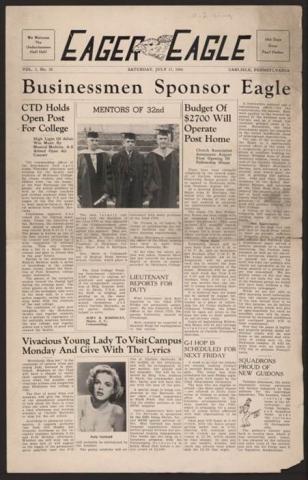 The Eager Eagle, the air cadet sponsored newspaper on campus during the stay of the 32nd Training Detachment, was published in the basement of Old West and every week by Saturday morning. Article titles included:

Each article was designed for entertainment of the Air Cadets during their stay on campus. This newspaper was originally published in mimeograph form and then was published into a full newspaper. This piece of memorabilia let us see what was interesting to the Air Cadets while they were on campus.