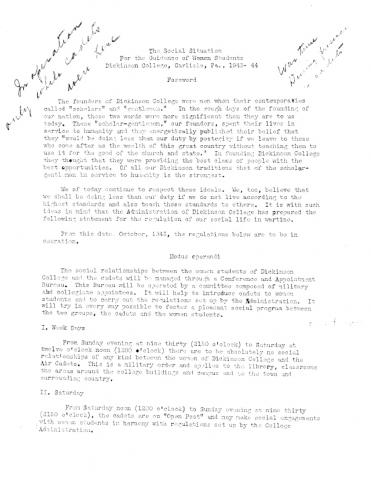 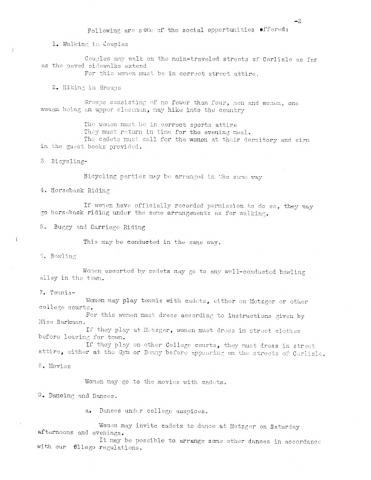 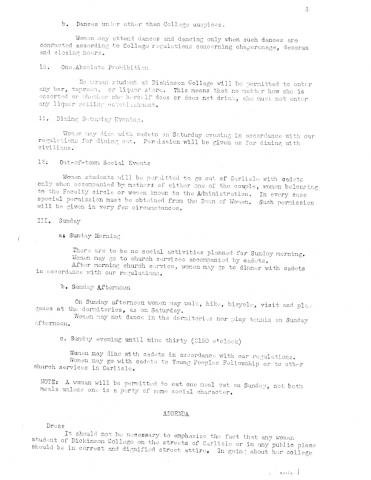 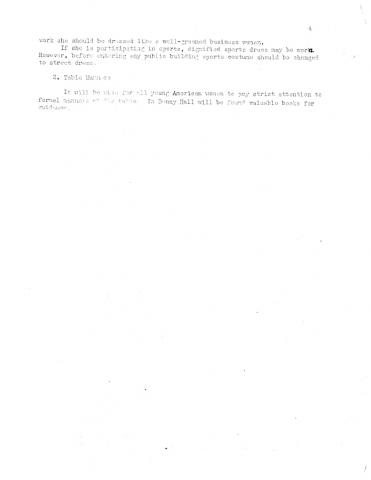 To regulate relationships between cadets and the mostly female civilian student body, the administrations of the Cadet program and the college established the “Conference and Appointment Bureau." This as also, and more accurately known as "the dating service.” Single Air Cadets would be given a slip of paper with questions on it. Depending on how they answered they might be paired up with a woman from the civilian college. One record says that while filling out one of these questionnaires, a cadet put down under “favorite activity” a coed’s name six times. Needless to say, the card was not accepted. This program laid out strict guidelines on social interactions between the air cadets and the college coeds. Rules included where and when social interactions were allowed. For example:

There were mixed feelings about the “service,” and it was only enforced while the Air Cadets were on campus. One reaction to the dating service from an air cadet was, “Well it’s sort of a grab bag, yah know?”  We have found no recorded responses from the women.