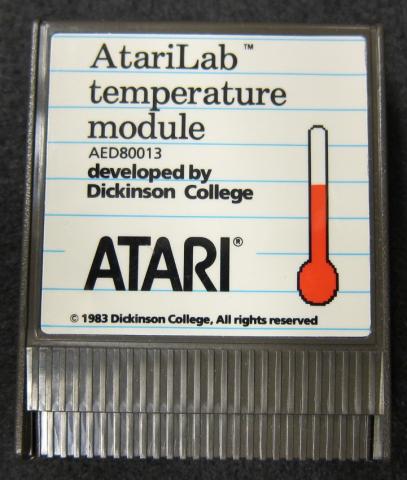 Computers cannot operate without memory. At their most basic level, computer coding is a series a 0s and 1s known as binary code. Series of binary code make up all programs, from software to operating systems. The longer the code, the more memory is needed to store it. As the computer was developing in the 1980s, storage became a point of uncertainty: should storage devices simply provide programs to operate a computer, or should the user also be able to store their own data? The floppy disk and the cartridge emerged as the two dominant forms of storage for computers of the 1980s, emboding the different schools of thought divided between writeable versus read-only memory.

Originally measuring at eight inches square, the floppy disk was the most common storage medium for personal computers from the 1970s until the early 2000s. Getting its name from the flimsy, thin casing of the diskette, floppy disks were used to store everything from operating system software to personal data. The rectangular casing of the disk housed a magnetic disk, which held data read by a computer. The first floppy disks held only 64 kilobytes of data (about the same size as a blank Microsoft Word document today) which stored both the operating system and the program.

Rapid developments in computer technology in the 1990s signaled the gradual decline of the floppy disk, which could not compete with the size and low cost of other storage media, such as compact disks and, later, USB flash drives.

Cartridges were the preferred storage medium for computer video games, and were also used in a limited variety of personal computers in the 1980s and 1990s. The devices were difficult to reverse engineer, making them a favored medium for software companies. Additionally, data on cartridges normally loaded more quickly than data on disks, taking up less computer memory and making graphics run quicker. While their read-only quality limited their use in personal computing, some companies like Atari went so far as to manufacture computers based on the cartridge medium.

Cartridges were never widely used in the personal computer industry, and suffered a decline in usage after the development of the compact disk. The high cost of manufacturing cartridges also led to their diminished use in the video game industry. Despite this, cartridges are still used in a number of modern video game platforms, including the Nintendo DS console series and the Playstation Vita.

The rising popularity of home computing in the 1980s and 1990s ultimately led to the decline of ROM cartridges and the emergence of new, writeable storage media. During the 1980s, however, the future of data storage was as uncertain as the uses of the microcomputer, giving way to multiple forms of storage including the floppy disk and the cartridge.